An Interview With Charnos Hosiery

Charnos were one of our very first brands and for close to a decade; they've treated us like family. They love their customers and strive each year to meet their needs better than ever before. But what do you know about Charnos itself? What about their history? There are a lot of people and companies you use but don't know much about, and it's always a pleasure to hear more about them. So here's our exclusive interview with the people at Charnos about their history, mission and their direction for the future. 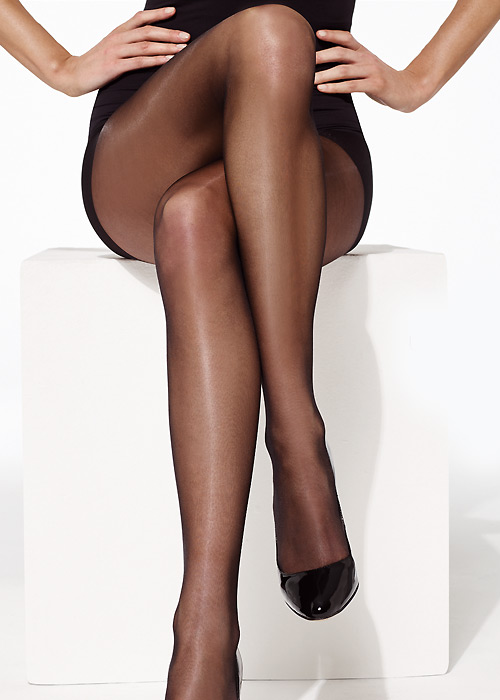 Here's an insight in to the 77 years of Charnos:

Charles Henry Noskwith founded Charnos Hosiery in 1936. From day one, with the opening of the factory in Corporation Road, Ilkeston, Charnos Hosiery was manufactured using the newest machinery of the very latest design. Charles insisted on the use of the highest quality materials and the constant development of products and innovations in materials and technologies, to meet the needs of the nation's women.

This ethos has stuck. Charnos has always remained at the forefront of leg wear innovation, comfort and style In 1936 the principal products were fully fashioned ladies stockings; the sheerest on the market; renowned for their superior fit and made of the highest quality material in nylon and pure silk.

75 years ago, skirts had become shorter and Charnos fully fashioned stockings with their hallmark seam running down the back were deluxe, not only the height of technology but extremely sexy.

In 1939 Charles had made sure that the business was trading profitably and centralised the hosiery making process under one roof. With the outbreak of Second World War, though, production in the Charnos factory all but ceased and silk stockings became THE black-market luxury.

Charles was a man of immense resilience and in 1945 he braved the U-boats in the Atlantic to travel to Pennysylvania it was here that he bought ten brand new state-of-the-art knitting machines he was the first British hosiery manufacturer to place such a ambitious industrial order. A new era at Charnos had begun.

The early fifties were a seller's market - customers were extremely grateful for a new pair of stockings after the war. Charnos cannily recognised the potential of the new wonder-yarn nylon. When Charles Noskwith was 63, he was at the helm of a company who were producing the sheerest stockings on the market. On his death in 1952, it was his son Rolf who continued to steer Charnos through many years of incredible innovation.

In 1958 Charnos expanded in to the lingerie market with its first collection of slips, panties, negligees and nightgowns being launched using the model Brownwen Pugh. In the swinging sixties Charnos' new machinery helped speed up production again their innovation in technology and technique signalled an era when a multi-feed knitting machine could knit a stocking in four minutes this was half the normal time, never before achieved in the UK.

A sister company ADRIA was born to run another manufacturing unit in Strabane, Ireland, to keep up with the demand. New product came out with another landmark first the brand new seam free stocking in 1961 and in the following year, what we now regard as the holy grail of hosiery the run resist stocking. And with the heyday of the mini-skirt seam-free stocking were replaced by tights. 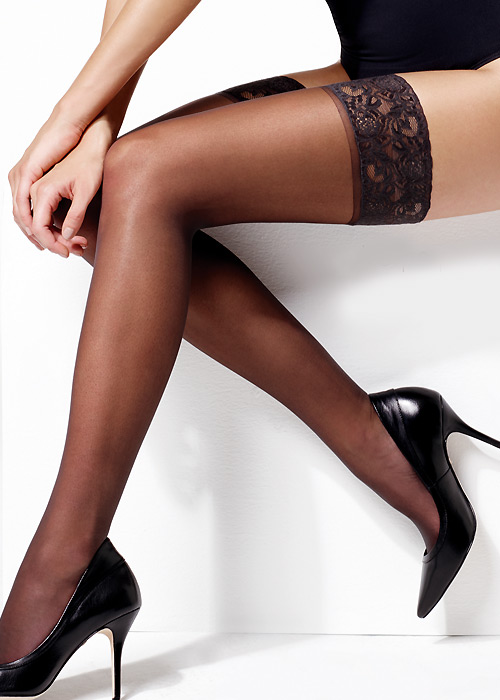 Charnos also recognised the value of a prestige partner collaborating with Ossie Clark in the 1970s. For Charnos he designed the witty Ladders stockings that used a motif up the side of the calves, playing on a woman's worst fashion nightmare: the laddering of her stockings. Ossie Clark also added a little innuendo. The Ladders design was a rather racy play on the delights that could be found if one climbed up the leg!

Similarly, in the 1980s, Charnos collaborated with fashion designer Bruce Oldfield. Bruce recognised how to add extra oomph, perfectly matching the powerful woman of this period with high fashion hosiery. Oldfield's designs were quite simply sublime, perfectly targeted to the vampish glamour that defined the decade. The 80s saw a new generation of hosiery with Lycra, creating ultra fine sheers. At this time Charnos collaborated with Pineapple Studio. The collection featured leotards and legwear. The company also made its debut into swimwear and beachwear.

1990s saw the development of LYCRA 3D; a new way of knitting LYCRA, added on every stitch for exceptional fit and comfort. Charnos, known for its investment in new technology installed new Japanese Shima machines which could produce fully shaped knitted garments and in Ireland the Gerber computer cutting system.

Through the "noughties" Charnos supported Breast Cancer Care with a special collection designed by supermodel Jerry Hall and in 2007 launched National Stockings Day, with the sale of pink ribbon hold ups and stockings. Their campaign has gone on for years, becoming an Internationally celebrated day.

In 2006 the company became a member of the Melas family of "leg-sperts" along with hosiery brands Levante and Jonathon Aston.

Nowadays, Charnos is the nations' wardrobe staple. Charnos is a brand that gives an insight into wearable high fashion, offering inspiration to customers and educating them on the power of their legs, providing a real confidence boost through campaigns such as Lessons in Legs launched in 2007.

2011 not only marked the 75th Anniversary of Charnos Hosiery but also marked a new phase in the life of the Charnos Brand with the launch of the new website and the introduction of new and exciting packaging across the collections. To celebrate its 75th year, Charnos launched its special edition party range with six styles inspired by Hollywood icons.

Charnos's ethos is not just to produce fashion hosiery but to be innovative with the technology of hosiery and adapt to the ever changing market and demands of their customer. This is a fantastic insight into what Charnos is about and what made them the designer they are today. This isn't the first interview we've done though and it shan't be the last, so check our articles page for more in the near future.

» Autumn Is Here Time for Tights
» Pretty Polly Interview
» The Dos And Dont's Of Leg Wear
» The History Of Nylon
» Tights, The Most Versatile Kind Of Leg Wear
» A Huge Line Up Of Tights And Stockings
» How Tights Are Made
» Stockings Or Tights
» Hosiery Trends Over The Decades
» A Brief History Of Hosiery
» Choosing The Right Tights For Your Outfit
» An Interview With Charnos Hosiery
» All About Girardi Hosiery
» Wolford
» Wolford's 5 Steps For Making Tights Last Longer
» The Wolford Fatal Dress
» Hold Ups, What They Are And What They Can Do For You
» Hold Ups
» Aristoc Ultra Bare is the best sheer tights range
» What Are Pantyhose
» What is the difference between leggings and jeggings
» Spanx The History Of The Power Panties
» The Different Types Of Lingerie
» Calvin Klein Underwear Essential For Under An Outfit
» Coemi Lingerie Have Amazing Nightdresses And Playsuits